Cameras and film equipment rentals in the Las Vegas area at great rates! 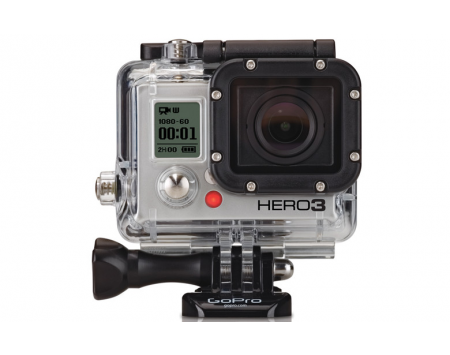 Shipping Round Trip: (not set)

To inquire about availability, rental rates for different rental duration, rental process or a package deal, please fill out our rental inquiry form

The GoPro Hero 3 camera can shoot at various resolutions and frame rates. It can shoot 1920x1440 at 48fps, at 1920x1080 at 60fps, at 1280x960 at 100fps, at 1280x720 at 120fps and in SD at 240fps. The GoPro Hero 3 also has a built in microphone with automatic gain control. It is 30% smaller and 20% lighter than its predecessor. One of the most interesting features is the built in Wi-Fi that has a range of up to 600 feet. Using the GoPro app you'll be able to preview your video and control the recording using your smartphone. The continuous photo mode allows you to shoot various photos at a time, up to 30 pictures at a time. Finally its low light performance is very impressive.